Today is the one week anniversary of this blog (yeah!) and I have yet to post anything about one of my major obsessions, tennis.  The main reason for this is that there's really not much going on in the world of pro tennis.  The 3 weeks following Wimbledon are usually a rest period for the top ranked players so the news tends to be a little slow.  Not that there isn't any activity.  There are clay court tournaments in Europe and a 3 week exhibition season called World TeamTennis held in the U.S.  But now things are starting to heat up again.  The US hardcourt season just started with an event in Atlanta won by American Mardy Fish.  And this week, there are 5 events between men's ATP World Tour and the women's WTA tour.  The tournament with the most interest to me is the women's event in Stanford, CA because it will be the first U.S. tournament for Serena Williams (my girl! Check out the slideshow to left.  I will be adding more photos over time) since her epic outburst in the semifinals of the 2009 US Open.  She had a knee injury in March of last year that prevented her from playing in Miami and then she suffered a weird cut to her foot in Germany after winning her 13th Major championship at Wimbledon.  This cut required stitches and several surgeries and lead to her wearing a boot on her injured foot while still being fabulous! 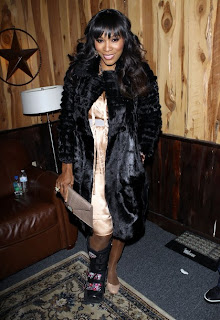 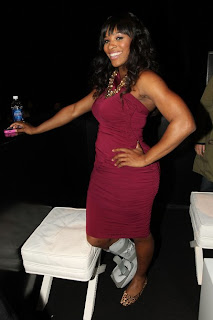 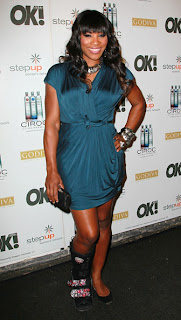 She was out of the game for a whole year until returning prior to the start of this year's Wimbledon where she lost in the 4th round to frenchie Marion Bartoli.  Now, she's back in competition here in the US at the Bank of the West Classic.

I think she can win (I always think she can win) but it won't easy.  Her first round should be easy but both of her potential 2nd round opponents will be tough.  The most anticipated match is a potential quarterfinal match between Rena and her nemesis, Maria Sharapova.  Sharapova is slowly but surely coming back into form after her own injury issues and could score her first win over Serena since November 2004.  But I think Serena will be totally amped for this match and I am expecting a tough, 3-set win for Rena.
Posted by vanfanusa at 12:06 AM

vanfanusa
Philadelphia, Pennsylvania
Well...what's is there to say. Let's see. I am a fairly simple and friendly 33 year old black, gay dude. Currrently working in the Insurance industry with aspirations of becoming a vocal actor doing commercials, recordings, radio, and/or live announcing. My personality is somewhat shy, quiet, and reserved until I find the right person(s)to bring out my wild side!